A Series of Treats and Some Tips

Next Tuesday my regular weekly blog for guest authors will revive!

The theme will be settings. And I have  some well known authors in mind to share a few tips on the techniques of using settings to enhance their stories.

Meanwhile, I cannot resist the opportunity to remind you that many reviewers of my Kenya novels, Breath of Africa and Grass Shoots, have referred to the stunning settings as characters in themselves.

Here are a couple of extracts, which I often read when giving talks. (details of my talks can be found HERE) 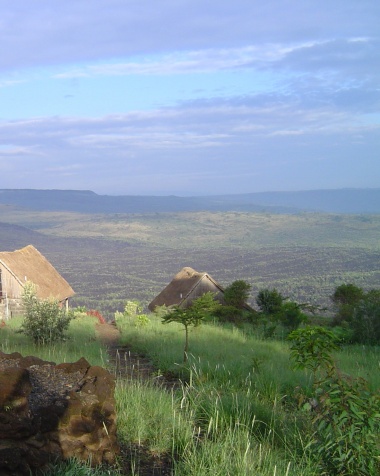 Every other weekend Brian drove the hundred miles from Nairobi, and they explored the countryside together. Their favourite place was the rim of Mt. Menengai, the volcano overlooking Nakuru town; smaller than Ngorongoro, it had its own dramatic character. They stood on the jutting promontory and looked over the dense scrub in the crater depths, interspersed with black mounds of glistening lava, a dark, forbidding country.

“It’s the third largest crater in the world,” Brian told Caroline. “I read that somewhere.”

Caroline gazed beyond, at the vastness of Africa, which rolled through patterned farmlands, across hills and plains into the hazy distance. As evening fell, grey clouds crept along the crater depths and swirled up the cliffs, snatching at them with wispy fingers, as the wind caught and tossed the vapours into nothingness among the trees.

They walked towards the car, but a sudden movement in the long grass near the forest distracted them. Brian turned off the track, parting the stalks in front of him.

She followed, treading in his footsteps. As they approached the thrashing, it increased, and she saw the soft brown hide of a female impala, its eyes wide with fright. One leg was caught in a loop of wire.

“It’s a trap, but the wire hasn’t tightened too much. I’ll see if I can free her.”

Brian caught hold of the leg and the animal stilled. She seemed to know they were trying to help. He struggled with the wire, and eased it over the hoof. He let go. The doe stood there for a second, then moved her leg and took a small step. She bounded away and the grass closed behind her. It was as if it had never happened.

Emily went out by herself to savour the magic of their special place. She’d followed Paul often enough along the game path from the dry river bed bordering their plot. Reaching a bend, she looked to her left.

There was a loud snort of concern. A wildebeest stood poised for flight. They eyed each other, frozen with tension. He was big; he tossed his horns and stamped a foot, then snorted again. Emily stood her ground and so did he. Only a few yards separated them, and a feeling of unease spread through her. Paul was out of reach in the house on the other side of the dam. If she retreated, the animal would chase her down. She held her breath, and eyed the surrounding long grass, looking for an escape route – and the wildebeest lowered its head. To her great relief, it continued sedately on its way across her path. She had broken the confrontation, and it no longer saw her as a threat.

For one long moment she had been a mere creature out there facing danger, tasting the fear experienced by wild animals every moment of their vulnerable lives. It was a humbling experience.

I hope you will enjoy this series.

3 Responses to A Series of Treats and Some Tips