It’s a great privilege to host long-time friend Nancy Jardine once again. She is an eminent historian and novelist, and her dedication to detail leaves me utterly in awe. No wonder her books are so rich and satisfying. And she has produced some atmospheric photographs to give us an idea of the scenery where her characters lived in days gone by. Over to you, Nancy.

Hello Jane. Thank you so much for inviting me today. It’s always lovely to make a return visit.

Research generally plays a large part in the preparation for a historical novel. Depending on the era chosen, that can be a fairly simple process of going to prime sources, text books or academic papers to locate the information that can be used to create a credible setting.

In my case, since my historical fiction series is set almost 2000 years ago in northern Roman Britain, prime sources for this are non-existent. Some copies of ancient works I have to use with caution, because they are likely to be translations, and have possibly been subject to miscopying and/ or scribal misconceptions. There are plenty of non-fiction books I can read that give me useful general information on Roman Britain, but they are based on interpretations of what the era might have been like, and few of these books mention the barbarian areas of north-eastern Scotland. My task, when writing my fiction is to amalgamate lots of those interpretations and use them in conjunction with the archaeological record for the areas involved. But sometimes I need even more than that.

My imagination has to work hard, but not so hard it becomes historical fantasy. To date, readers and reviewers of my Celtic Fervour Series have enjoyed that I’ve striven to create credible scenes, and that’s my future aim, as well.

The organic nature of my research is very exciting, because there’s always some new theory or interpretation formed from the latest archaeological investigations using fancy new techniques which, sometimes, supplant interpretations of the previous decades.

While writing Book 4 of my Celtic Fervour Series, Agricola’s Bane, I’ve had to use additional sources of information to those already mentioned above to give me a better feel for what my setting was like. My characters in Book 4 inhabit their lifestyle much as in Books 1, 2 and 3. Their clothing, and the other daily trappings in their houses, is similar but the physical landscape they live in has become much more important because the countryside is deeply related to the plot of Book 4.

The action in Book 4 moves further north into new parts of north-east Britannia (current northern Aberdeenshire, Banffshire and Moray). While writing about the setting, there have been some niggling aspects of geography for me to solve before I’ve been happy with my story development. The physical landscape of the few higher hills around the area hasn’t changed appreciably in shape and elevation from 2000 years ago, since there have been no major earthquakes, or anything that would make noticeable differences. What has changed is the vegetation across the region, so whether describing the higher areas, or the valley floors, I can’t assume they looked as they do today. 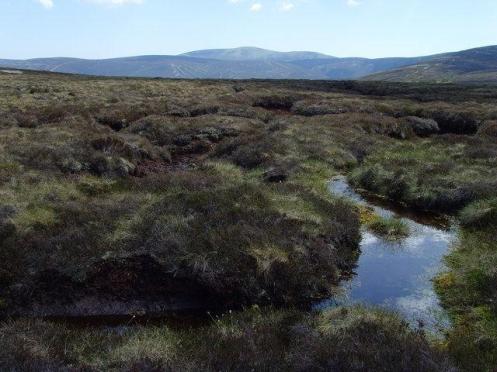 2000 years ago much more of the land was covered in blanket bog which encroached right down to lower levels. Since the 1700s, mechanisation improved farming techniques, gradually at first, and then the pace picked up during the twentieth century. Lots of that original blanket bog stretching from the surrounding hills down towards valley floors was successfully drained, and is now well maintained, so what I can see now are the fertile fields of Aberdeenshire and Moray – though to be fair, the Laigh of Moray (flatlands) had the best fertile fields of 2000 years ago, but they were not as extensive as they are now.

How do I know this? I’ve used information from the Forestry Commission; Woodland Trusts; History of Farming in Aberdeenshire; and soil sampling research from archaeological excavations.

The sea coast of Aberdeenshire and the Moray Firth have also changed, a little, over those 2000 years, mainly due to coastal erosion. What I can visit today, is not necessarily what was there 2000 years ago, when General Gnaeus Agricola marched his Roman legions up and down the area.

Dunnicaer is at the centre top of this image

In some coastal bays, like those near Stonehaven, what are now sea-stacks of rock standing proudly separate were once joined to the land as promontories, or perhaps by a land bridge of some sort. The rugged-sided stack named Dunnicaer, a short distance from the iconic Dunnottar Castle, has been of great interest to me during the last few years.

Dr, Gordon Noble and his teams from the Department of Archaeology at Aberdeen University have been scaling up the stack with support from a trained mountaineer, to excavate what remains of the top surface. Their findings have been impressive and prove fort habitation back to the Pictish era AD 400-600. Someone of high status appears to have lived there in a small wooden hall surrounded by stone fortifications. (The Pictish word for fort is ‘dun’) It’s unlikely they climbed up and down every day like the archaeological team, so some fairly major form of erosion has occurred to separate the area from the bay cliffs. The natural erosion has left the team with only a small part of the fort to excavate, since the seaward side has already tumbled down into the sea. 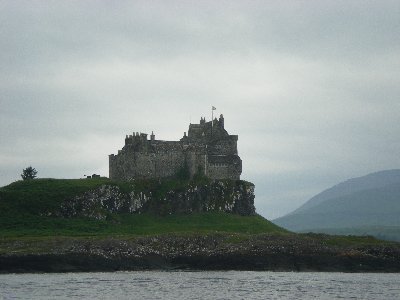 If Dunnicaer was inhabited around the fifth century AD, then I like to wonder if it was also occupied during my era of AD 84. The concept of ‘kingship’ seems to have been absent during the time of the Roman invasion of the area, but that doesn’t rule out the possibility there was a roundhouse village there because it is an incredibly commanding position whether for defensive purposes, or purely for the view afforded from it. However, if I did include habitation there in my novel, I would probably be straying into the fantasy of authorial licence.

A recent hypothesis is that the fort on Dunnicaer was possibly abandoned sometime around the 6th century AD and the ‘kingship’ site moved to the promontory where Dunnottar Castle stands today. Dunnottar is likely to have been the site of a siege (Duin Foither in AD 681 – Annals of &Ulster). The ruins in the photo are of a later medieval castle, but I think the photo shows how natural erosion can separate land to become a sea-stack.

You can find Nancy at these places: