Setting Out, Setting In

You’re in for a treat today, as Ron Askew , one of my favourite writers, is my guest. We hark back to authonomy times, when he was an enthusiastic supporter of my first novel. He gave me the confidence to persevere. His book  One Swift Summer holds a permanent place on my kindle. 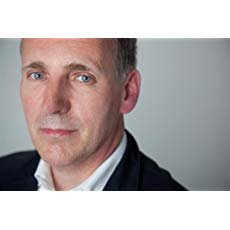 I have never thought much about story setting before. It is just there, a background feature. Story and character have always taken precedence, with the question of which drives which, story or character, always seeming a more important focus, at least for me. That said, setting may clearly influence story and character in certain circumstances and even become a dominant factor. When Napoleon and Hitler invaded Russia they were both thwarted by General Winter. That said, are climatic conditions really to do with setting? Arguably, yes. Similarly, in The Cruel Sea and The Old Man And The Sea, the sea seems to play such a strong role as to shift from background setting to being an active player. So, too, in Hardy’s Wessex novels, the countryside is a consistent presence and its moods seem almost human at times, especially Egdon Heath in The Return Of The Native. Though here, too, it is often the climate rather than the physical setting that Hardy uses to reflect or influence the mood and behaviour of his characters.

Thinking about it, my recent writing has been set in London in part or wholly. In Watching Swifts, the story is set entirely within Kew Gardens, though the buildings and locations are fictional. This mix of fact and fiction serves two purposes. Most people have either been to or heard of Kew Gardens. It evokes an idea that acts as a hook upon which to hang fictions. This is great. Some readers may not realise they are fictions. And I am not going to tell them. Not that it matters. There is no such building as The Old Specimen House at Kew Gardens, for example. But there is in my story. I don’t like the idea of nailing everything down in faction. It’s too mundane. Having everything in a work of fiction just as it is in reality seems…

In The Room With Three Doors gyrates from London to Hampshire. London is seen as a monster. It kills Rhi’s twin sister in a cycling mishap at Old Street roundabout. Rhi stands on Blackfriars bridge, seizes the phones of Matt and Jamie and hurls them into the River Thames, with the lights of Canary Wharf as a backdrop. But that is enough setting. The story then shifts to the dynamics of their love triangle. Setting reasserts itself as a feature in the final third of the story when the action has shifted to a watercress farm in Hampshire. Again, I know there are watercress farms in Hampshire, but I did not have a specific one in mind. To have done so would have got in the way. It is easier to invent one. The finer details don’t matter. Anyone looking for detailed nailed down accuracy will not find it. What they will get is an impression. The setting of a tranquil Hampshire watercress farm is deliberately there to symbolise a different way of life to that offered by London’s Canary Wharf.

Harking back to Watching Swifts, I suppose the use of a garden within the city was similarly symbolic because the principle character was a refugee from himself who had sought to escape from modern life to the peace offered by Kew Garden, one of London’s famous green lungs.

My most recent story (MMRS), as yet unpublished is set in a specific corner of London’s Kensington. That said the street and especially the house at the core of the story are fictional. They mock the reality of the real streets of Kensington by striving to be more alive in their own way. But isn’t that what fiction is about? It’s not a mirror to reality, more a procession of half-truths and lies. But this is wonderful, as absolutely anything may and does happen.

Being a longer story than the previously mentioned, MMRS shifts to a manor house in Hampshire, where a hill with a Celtic burial mound plays a key role, to the swimming pool of The Marina Bay Sands Hotel a mile high in Singapore. It shifts again to a beach in Cornwall and finally to a backwater in rural Shropshire. Of course, all this water symbolises emotion and fateful undercurrents. Yet to the reader, the setting is purely background. There are no lengthy descriptions of hills, trees, views or weather. The story is paramount in the way it allows the characters to evolve. In terms of art, for me at least, the human portraiture of character is more interesting than the landscape of setting.

That’s it. It’s the unstated features of setting that are its most useful feature, especially when used sparingly. Were setting to be too heavily emphasised that might get in the way of character and story, at least for this reader.

Looking ahead, I have started to think of what to write next. So far I’ve got no further than wondering ‘Who is it about? Who does what and why?’ The where of it has not featured, so far. The idea of starting with ‘where’ doesn’t work for me. That’s not to say a story can’t evolve from a ‘where’. Maybe if you go and sit in Antibes, say, and petition The Great Demon God of Stories for copy, a yarn might present itself. But then it might not be anything to do with Antibes. Maybe another aspect of setting is the pre-story setting of the writer as he waits to receive his next handful of flash.  In which case my present setting is a small room with no view to impede the inner eye’s creative vision. 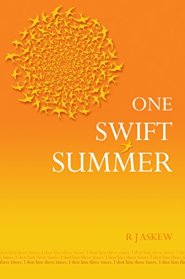 Ron is from Lancashire, and lives in London in the heady world of Reuters and Fleet Street. You really must read about him on his author page.

This entry was posted in Authors and tagged Authonomy, Hampshire, Kew Gardens, London, Reuters, The Cruel Sea, The Old Man and the Sea. Bookmark the permalink.
Loading Comments...