In Six Hours … the world will change

A big welcome to new friend Raymond McCullough today. I, too, have visited the Holy Land, and a chapter in my most recent novel (HERE) draws on that experience. But Raymond is a far more prolific traveller – and author – than I. He loves to make music, too.

I love to travel, though I haven’t been anywhere outside of Ireland for over a year. I’ve been to Canada (filming and interviewing) and the USA (speaking), to Corfu and Tenerife (on holidays), to Beijing in China (charity cycle ride), and six times to Israel (including a day spent in Jordan, visiting Aqaba and Petra – oh, and a brief walk into Egyptian Sinai).

Three of those trips to Israel were with my wife, Gerry – and one included my two daughters – aged nine and eleven at the time.

Why the great interest in Israel? you may ask.

Well, one of the things that has intrigued me greatly since the age of eighteen has been biblical prophecy. I was sixty three on January 16th, so that’s forty five years I’ve spent – on and off – researching these things. enough time for some things to become clear to me, but I would emphasise that I’m still learning.

My first book on biblical prophecy was published in August/September 2011, with the somewhat racy title of, ‘The Whore and her Mother’ (I’m not allowed to say it on radio, apparently!) and subtitled, ‘9/11, Babylon and the Return of the King’ – a wee reference to Tolkien, there!

It’s firstly about identifying this city and nation that the Hebrew prophets code-named ‘Babylon’ – or ‘mega-Baylon’, or ‘daughter of Babylon’. The book doesn’t stop there but gives examples of prophecies that have already come to pass – and that is where Israel comes in.

The great leader of the Exodus from Egypt, nearly 3,500 years ago foretold the scattering of the Israelites from their land, if they continued to be disobedient. This happened not just once, but twice in their history, first to Assyria (the northern ten tribes) and to Babylon (Judah and Benjamin), then the remaining ‘Jews’ who’d returned from Babylon were scattered by the Romans in AD70, ending up in the ‘four corners of the earth’. So Moses got it right!

But that’s not all he prophesied – Moses also said that YHWH (the God of Israel) would bring these same twelve tribes back from the four corners of the earth and place them again in Israel. Now we are all aware that the State of Israel was reborn in 1948 – despite the armed opposition of all the Arab states around them – and that Israel regained the whole of Jerusalem in 1967 – in the Six Day War.

But the six million, or so, Jews who now live in Israel are only a small proportion of the scattered twelve tribes. My research suggests the total is something around 120 million Israelites (most of them NOT Jews), and several thousand of these – the tribe of Menashe, for instance, from eastern India and Myanmar (Burma) – are now living in Israel, with another 8,000 still to come. So, a prophecy made by Moses thousands of years ago is actually being fulfilled right now. How about all the other prophecies still to be fulfilled?

That brings me to my most recent book, In Six Hours … the world will change. It’s the first of an apocalyptic thriller series. I decided I wanted my books to reach a wider audience than just those who read non-fiction, so I started turning WHM into a thriller – the result is a three-part series. In Six Hours begins with a nuclear attack on Israel and the beginning of an all-out Middle East war – which I call the Six Hour War.

The second chapter goes back in time to four soldiers in Kabul, Afghanistan – three Americans and one Afghani – who get into a discussion on bible prophecy. The book then follows their lives – and loves, quite a bit of romance, also – finally continuing the story of the war from the first chapter.

I started the second book – In One Hour … Babylon will fall – immediately after publishing In Six Hours (March 2015), because the story was still fresh in my mind. The sequel is in two parts: the first dealing with the aftermath of the nuclear war and the sudden influx of the scattered Israelites – millions of them en route to Israel from Asia and Africa. The second part moves to events in the USA, where life for Jews, black Jews and even Christians is getting more difficult. The final chapters are once again apocalyptic.

Currently Part One is sitting at around 94,000 words, and Part Two will add a few more thousand, making this book quite a lengthy one. 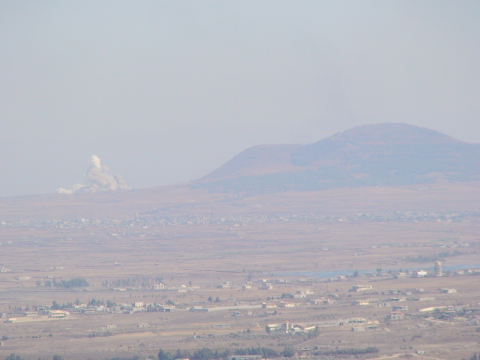 In September 2014 – Gerry and I travelled to Israel and Jordan. We spent three weeks there and drove from Tel Aviv to the northern border with Lebanon, then to the Golan Heights, where I watched the war happening live in Syria – mortar attacks on forces loyal to Assad, including a huge explosion. All this was just six miles away across the Syrian border. 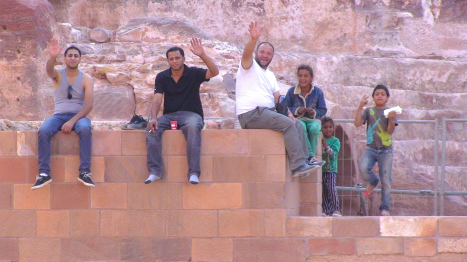 We also travelled down to Eilat, on the Red Sea, and crossed the border into Aqaba, Jordan, spending an afternoon in the ancient city of Petra. Before crossing back into Israel I persuaded our taxi driver to take us south to the Saudi border – about twelve miles away. I took photographs all the way and learned a few things which I then adapted in the first book.

I hope to have the second book finished and published sometime in February. Then I’ll have to start on the third and final novel. This will be my sixth book, but only the second fiction thriller. I also have a humorous little book called, A Wee Taste a’ Craic, which is taken from the scripts of my Celtic Roots Radio show on iTunes. 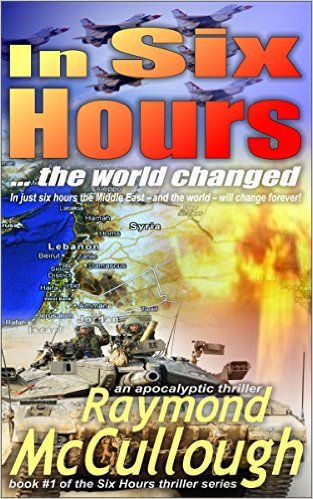 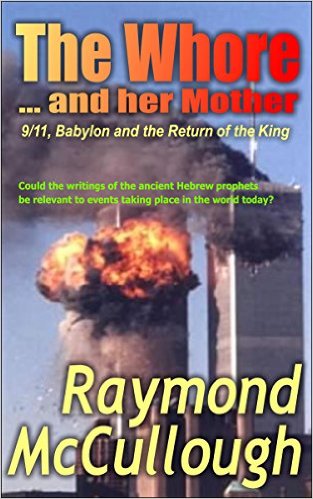 11 Responses to In Six Hours … the world will change