Three DOs, Three DONTs, and Three WAYS to make up for all those mistakes. 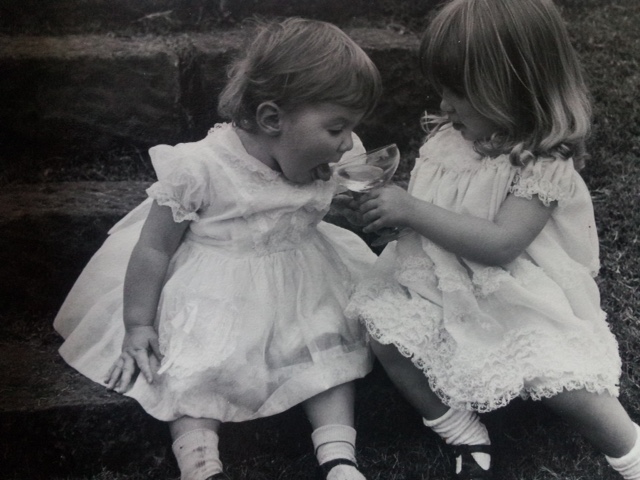 Aren’t they adorable? They are somebody’s grandchildren.

The most important roles in life are undertaken by people with the least training. No prizes for guessing these are parents – and grandparents. Here’s a little bit of advice on grandchildren from someone who has had experience.

Encourage all their endeavours. That should be easy and natural.

Baby-sit. This will gain you brownie points with the parents, and provide an opportunity to get to know the children.

Be there from the beginning. To all you women – I cannot begin to describe how wonderful it is to be a granny for the first time. And you won’t experience the absolute pleasure unless you’re there to help from the start. That is when your advice (“it is only wind”) will be most appreciated. That is when you will be allowed to take control. And that is when you can hand the baby back in the knowledge that when all is said and done, it isn’t your responsibility.

Don’t chastise your grandchild. It’s not up to you. One of them was being particularly obnoxious, and I made the mistake of saying: “Why are you such a horrible little boy –” There was a shocked gasp, and everybody looked at me as if I were an ogre… until I sort-of redeemed myself by adding “to your mother?”

Neither should you spoil them. You won’t be forgiven, and it doesn’t help anyway.

And never have a favourite – or if you do, keep it secret. You’re only human after all.

I’ve forgiven my mother, I truly have. But that doesn’t mean I can’t use her as an example NOT to follow…

My mother’s confessed favourite was my eldest daughter, and she made no bones about it. My daughter was taken out for treats, and given the biggest and the best presents without shame. When money was dished out for birthdays and Christmases, she always got the most, with the excuse that the amount was based on the age of the grandchild. Nothing I could say or do made the slightest difference to my mother. This caused untold misery and embarrassment as my daughter suffered the sorrowful envy of her siblings. But it did serve to strengthen her character – and when she reached her teens, she put her foot down and refused to take anymore.

THREE WAYS TO MAKE UP FOR ALL THOSE MISTAKES

Be there for them. Keep in touch, even when they’ve grown up.

Set up a Travel Fund. I haven’t always been around for birthdays and Christmases, but my travel fund has already been enjoyed in their late teens by five of my seven grandkids. And I’ve seen more of them as a result.

Don’t wait until you die before handing over their inheritance. One Christmas I distributed my jewellery to the grandchildren (I never wear it, and it looks much better on the young). Over the years I have collected brass. It’s been a pain to clean. I distributed appropriate pieces among them. And do you know, my eldest grandson told me the best way of cleaning them was with tomato sauce.

Those two adorable little girls are now approaching their fifties. It was my mother who not only placed a Stuart Crystal glass in the hand of one, but filled it with champagne and encouraged the other to take a sip, while granddad stood by with a camera. I was HORRIFIED – and jumped to rescue the glass before it was too late.

4 Responses to Grannies and Grandpas