Want a Dash of Passion – Or The Quiet Life?

I’m over at Cathie Dunn’s place, revealing why I wrote my second book. You can check out her website by clicking HERE. 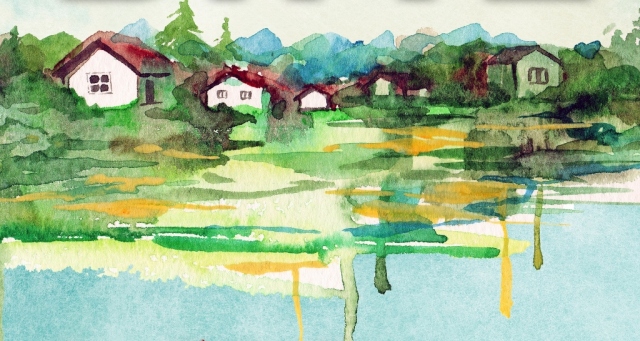 And here’s a taster for you:

His cottage nestled among a profusion of flowerbeds beside a sleepy stream in the countryside, where he would fish for hours on a weekend; no matter that he seldom caught anything worth keeping. She would linger after delivering a mid-morning thermos of tea, and listen to the soft lapping of the waters beneath the overhanging willow. The peaceful plop of a fish coming up for air, or a gentle tug on his line occasionally disturbed the nod of his sleep.

Ann would potter in the kitchen, preparing the roast while the children played in the garden. She had to keep them away from Robert, who fiercely protected his privacy if anybody came within twenty yards of the stream.

“You’ll disturb the fish – and they won’t bite!” he’d complain.

Ann suspected that Robert was more concerned about his own peace.

Or a dash of passion…

As autumn progressed, it felt natural to share a lunchtime salad in his flat on her half days. Each time she visited, he would meet her at the top of the stairs, walking without crutches on the familiar ground. As soon as she entered the flat, he would close the door, wedge himself against the wall to prevent overbalancing, and open his arms. She gave herself up totally to his kisses, each one more fully than the last, surrendering to his hands as they explored her breasts and hips. Where was this leading? She savoured the wonderful feeling of being loved and didn’t want it to end.

He pulled away, gasping for air.

“If it were anyone else, we’d be in there on the bed by now!”

But she didn’t let herself respond. She just wanted the kisses to go on and on. Her head told her not to let him go too far, but her feelings of guilt were diminishing dangerously.

Want to learn what happens? – it’s very short, and you can read it on your e-book, i-pad or even your phone, if you have one of those new-fangled things!

1 Response to Want a Dash of Passion – Or The Quiet Life?