Judith Gibbons is a new friend – I haven’t met her in the flesh, but her grit and determination are evident. I’ll let you speak for yourself, Judith!

You can’t tell anybody about this Mrs Gibbons

Those word were spoken by a 6ft tall 15 year old youth who had ALMOST been banned from coming with me, on my second ever trip to Kenya in 1995. He did not mean “don’t tell them I was holding hands with two Pokot toddlers” but “There is no way to describe this ….you can’t tell anybody, you have to feel it! “

And that was practically the start of “Friends From Marich Pass”. 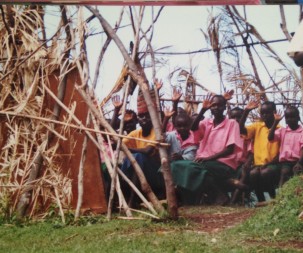 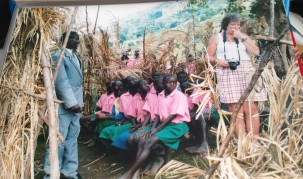 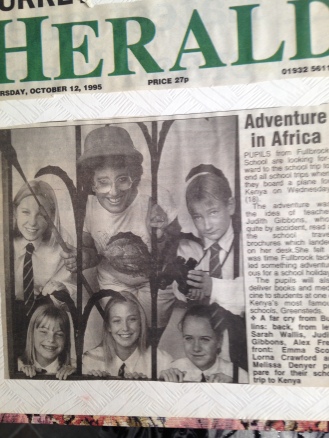 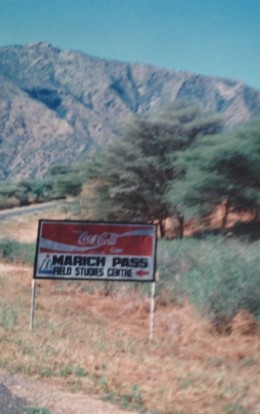 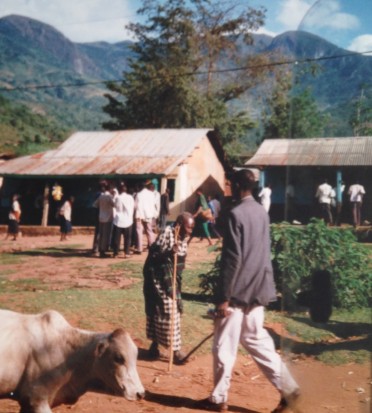 A school trip with 53 participants, living without electricity, with long drop loos, with open air cold showers, and the bites of mosquitoes; this resulted, on our return to England, in the students wanting to do something to help. They all got the message….WE HAVE SO MUCH….they have nothing. And a year later when I returned with the next trip, I took the money they had raised and bought mattresses for a dormitory in the village primary school. 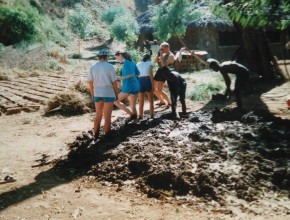 I have rummaged….and come up with some photos….to set the scene…. me grinding corn: me and students treading mud to make bricks;  some of the area in which we work; some of the people…traditionally dressed and otherwise; the” classroom” at the top of the mountain which took me four hours to climb and which the headmaster did 4 times a day, and the view from the top….to show where the school is situated ( we contributed about half  the cost of building 2 classrooms  as at the time they had only one, so lessons were in good old fashioned African style…under the trees) My knees were worse when my staff and students climbed the next year to see and open the finished classrooms.

Then in 2000, hampered by the fact that cash was being handed over or cheques paid to me personally, we had to do something about safeguarding the money…we formed Friends FROM Marich Pass. We chose “from”, not “of”, because the simple things that we were doing were helping not just the local school but schools in the wider district…we were spreading out FROM Marich Pass….and we were “from” Marich! 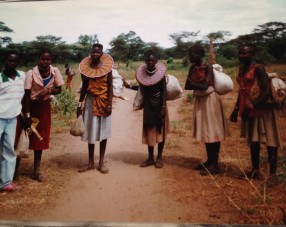 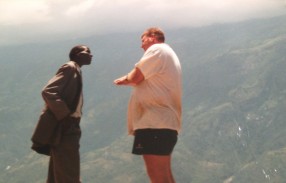 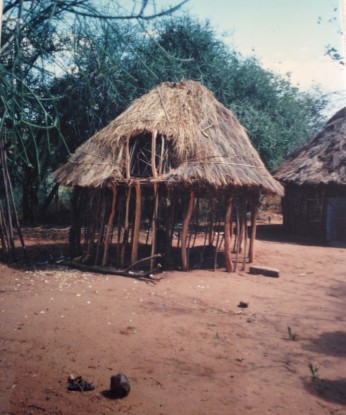 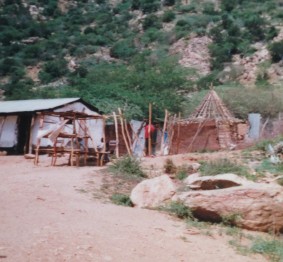 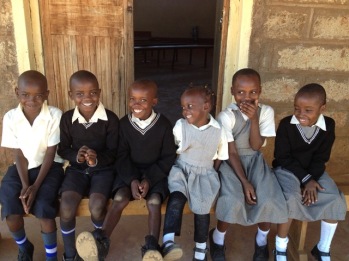 And then like Topsy…it grew.  With the unstinting help of Dr David Roden, (now deceased) the founder and owner of the centre where we stayed, we progressed to helping with Education fees. We vet applicants, successful ones HAVE to make some contribution themselves; we check progress and we pay fees directly to the appropriate establishment. Priority now is given to tertiary education students.

AT TIMES humanitarian needs dominate. A house is destroyed; we buy immediate necessities; medical bills to pay before patient  release; transport costs to a funeral; a coffin  is needed; a school runs out of maize this week; a school needs pencils. These are just a few of the hundreds of small things we have helped with, but our main aim is to help with educational opportunities. It all started because of English students, we want to continue with Kenyan students.

We are a MICRO sized Kitchen Table Charity, working from one computer. NO ADMINISTRATION costs are deducted, with the exception, sometimes, of buying jam jars, paying for one airline ticket per year (if funds allow) and occasionally paying for excess luggage so that free  goods collected in England can get to Kenya safely. We have no assets, we employ no one and ALL of the fundraising is organised by me and my family. We have no website (long story…and cost) but we do have a Facebook Page. EVERY penny that we have to spend is spent directly in Kenya; we never give money, we pay bills! We have no sponsors or rich patrons and we have only ever once managed to “win” a grant.

Everything we do today, needs doing again tomorrow, the story is MUCH longer than this brief introduction allows, but we can’t let go!

You can find more about the Friends from Marich Pass HERE.

Thank you so much, Judith, for sharing this with us. Your story has brought back many fond memories of when I stayed in that very same place about fifteen years ago, with a group of Kenya Museum Society Guides on our way to Koobi Fora!

You are welcome to subscribe to my Newsletter HERE.

3 Responses to The Kitchen Table Charity