Life in Africa – Then and Now

It is still Black History Month, and I’ve been casting my mind back over my years in Kenya, digging out old photographs of colonial days. I know that’s not a popular word nowadays, but I couldn’t help being a “colonial.” And we were just living life to the best of our ability.

Teenage memories are full of carefree happiness, in our 12 acre small-holding at Njoro, in the middle of a geranium farm. At Windmill cottage, we had to hand-pump the water into the tanks, and our outdoor fridge was kept cool by pouring water over a cladding of diatomite, which we would gather from the mine by Lake Elmenteita. We had a tame chicken called Tooky, which insisted on perching atop the dining table during meals. “Tooky took what?” my father used to say, and everybody would roar with laughter, but when she caused table cloth, plates and everything else to crash to the floor, she was banished, and I suspect she ended up in the pot. 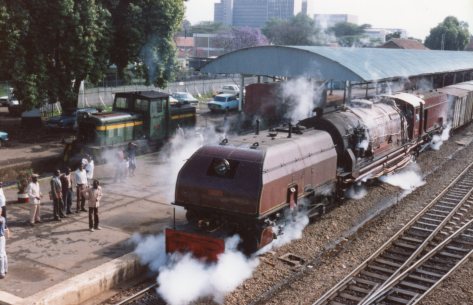 I was a bit of a rebel when I first went to boarding school by train to Loreto Convent, Eldoret (you can read about my escapades in the first chapter of my book HERE). 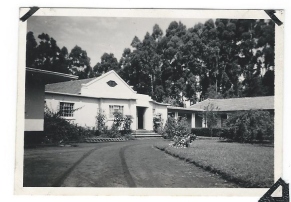 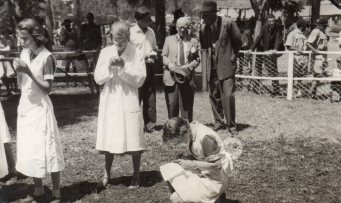 But I did belong to the Young Farmers Club, and actually judged pigs at the local show (you have to imagine the pigs!).

And in the holidays, I would watch rugby, play hockey or tennis, go to the races, and ride. 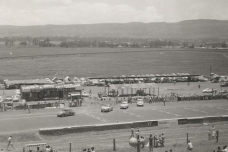 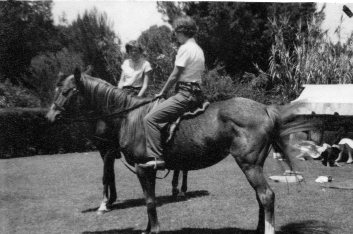 We couldn’t afford to go on safari. My first experience of a safari was a weekend at Treetops just before Elizabeth became Queen, and before I went off to University in the UK.

Bringing up a family in Kenya as a widow with three small children, was easier in Africa than it would have been anywhere else in the world. Just after Independence, I was able to buy the substantial home of Sir Ernest Vasey, Kenya’s colonial Minister for Finance. It was ideal to run as a guest house, while two ayahs coped with my toddlers and I temped as a Secretary for a time in Nairobi. 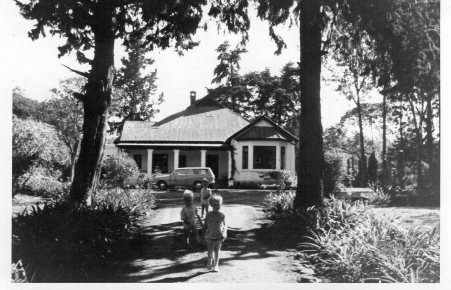 I was lucky enough to remarry, we lived on a shoe string, but our quality of life was amazing, considering – and it was always easier to do things oneself… 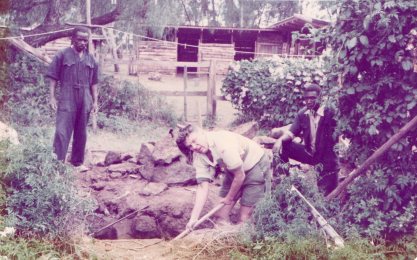 Having servants (they weren’t slaves, they were grateful to have a paid job) was not the doddle you might expect. Rushes to hospital in the middle of the night were not infrequent; medicine was dispensed for minor ailments; not-so-petty thefts managed; and you never had your home entirely to yourself. You were constantly badgered with monthly requests for advances and yet more loans. (When we finally came to live in the UK, I must admit in that respect it was a blessed relief.)

But as time went by, we were able to enjoy the wonders of Africa with the family, and went camping whenever we could. We were privileged to bring up our children in such a wonderful environment, and they learned how to be resourceful.

Fast-forward to the present day, and what do we have? Traffic chaos, but the roads are better than they’ve ever been. It’s just the drivers who need to educate themselves, and it can take five hours to traverse from one side of Nairobi to the other, through sheer density of traffic, which doesn’t help.

But nothing can change the beauty of the wide open spaces, and the opportunity to savour the wonders of nature. I make no apologies for including this final photo of a recently discovered place which features in my next book. Watch this space! 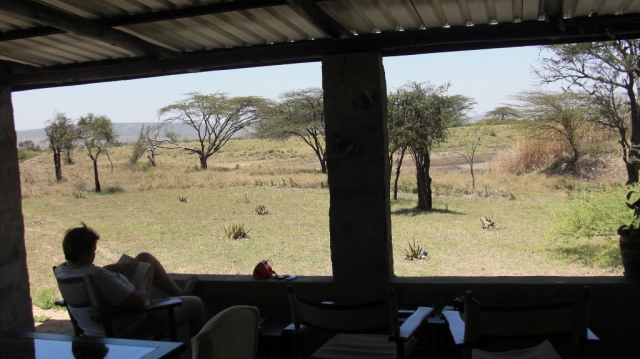 2 Responses to Life in Africa – Then and Now