A Spirit of Place!

I’ve at last managed to chase John Jackson down! It’s a privilege having him join me today, and learning more about the bogs of Ireland. Over to you, John – I thoroughly enjoyed your book (here’s my review of Heart of Stone), and I too, was brought up on Georgette Heyer!

For me, writing historical novels based on facts and on, as much as possible, a known series of events, correlating the words on the page to the location is vital.

In Heart of Stone, the action takes place principally in Ireland, in the area around

Mullingar in County Westmeath, and in Dublin. If you look at a map of Ireland, County Westmeath is pretty well slap bang in the middle. It is a mixture of rich agricultural land and peat bog. Peat has been the fuel of Ireland for many centuries. Each household and farm would have access to the bog, and they would cut, stack, dry, turn (or “rickle”) their peat and then bring it in to be stacked near the dwelling. These days, there is still some cutting of peat, but its use as a power station fuel has stopped. Its agricultural use is also much reduced.

However, you can’t set a whole book in a peat bog! Heart of Stone is, for the most part, concerned with houses; Gaulstown, the old family home of the Rochforts, and now vanished, Belfield, the home of Arthur Rochfort, also vanished, Rochfort House, now a ruin and renamed Tuddenham House, and, principally, the manor of Belvedere. Fortunately for me, Belvedere House is still very much there, as is its famous Wall. They are national monuments and open to the public, and well worth a visit. I had the privilege of giving an Authors Talk and a signing actually AT Belvedere.

Anti-clockwise from the left: Belvedere Manor,  The “Jealous Wall”, and Tuddenham House, now a ruin.

When I wrote Heart of Stone, I completed the first draft using existing photos and old maps, etc. This was fine, but I knew I HAD to visit the place to get that “sense of place”; to make sure that what I had written was reasonable and feasible. Even such trivial matters as the height of the hedges in the roads – can you see over them on foot? (No, not really, but you can from the back of a horse!) I also wanted to absorb and breath in a real part of the atmosphere of the whole area.

I also felt I needed to get a feel for distance. How far were the houses from one another? How long would it take a pony and trap to drive from Gaulstown into Mullingar?

The names of Gaulstown and Belfield are maintained as the names of the old farms, now sold and redeveloped. In Gaulstown you can still see the remains of the avenues of trees that radiated from the front of the house.

It’s not just maps and ruins though. So much depends on your feelings when you shut out extraneous noises. What can you small? What crops are they growing locally? Imagine there is no modern machinery. What would you still be able to hear?

My next book, tentatively titled Strange bedfellows, is mostly set in London, in the area of Stanhope Gate, Clarges street and May Fair! By 1770, the streets of London were set with cobbles, and – wonder of wonders, the main streets had pavements! 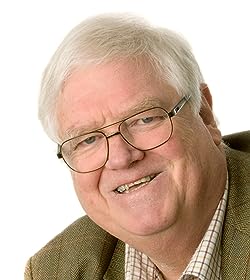 After a lifetime at sea and in ship management, I am now retired and living in York.

An avid genealogist, I found a rich vein of ancestors going back many generations. My forebears included Irish peers, country parsons, and both naval and military men. They opened up Canada and Australia and fought at Waterloo. My late mother’s maiden name was DUMARESQ, which is a Jersey name. It is so unusual, it makes it easy to find. It is through my mother that my family go back to Robert Rochford and Mary Molesworth.

I also have a Hare great grandmother, from Listowel, and a Jackson great grandfather, again on my mother’s side, from Clonmel, who became a railway contractor and worked on the Chester – Holyhead railway. He had 5000 navvies working for him at one time.

A chance meeting with some authors, now increasingly successful in the world of romantic fiction, both historical and contemporary, have led me to turn my efforts to setting down some amazing stories. I am a keen member of the Romantic Novelists Association and part of their New Writers Scheme. I am also a member of the Historic Novel Association and an enthusiastic conference-goer for both organizations.

I was brought up on Georgette Heyer from an early age, and, like many of my age devoured Robert Louis Stevenson, Jane Austen, R M Ballantyne, and the like.

1 Response to A Spirit of Place!