In The Footsteps of Romans, Popes and Painters

A big welcome Rosemary Goodacre, who takes us to Provence, the setting for her new book. It seems we have similar interests, Rosemary, as I too love travel (though I’ve only been to one place in Europe so far – Vienna!). I also play bridge, enjoy classical music, and walking.  Over to you…

Have you ever enjoyed the fantasy of overstaying a holiday and refusing to go home? Our holiday in Provence, based in Arles, gave me a location for my novella, A Fortnight is not Enough. I must thank Jane for the exciting opportunity of a place on her blog to describe how the setting influenced its creation. 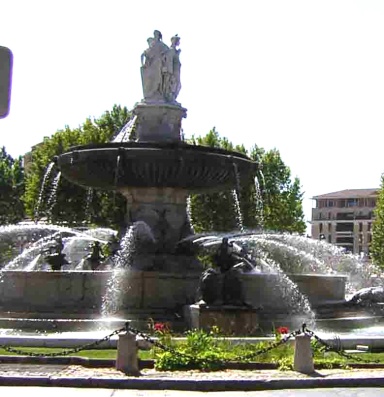 Provence has been celebrated for centuries. The Romans built arenas and amphitheatres there, and medieval popes lived in a palace at Avignon. Impressionist painters, notably Van Gogh and Cézanne, loved the area and featured it in their paintings. The summer climate is reliably hot, lending itself to indolent days and leisurely evenings when sitting outside is still comfortable. 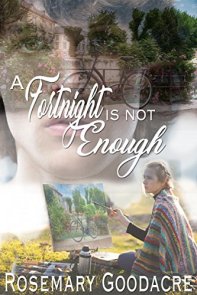 So into this area comes eighteen year old Imogen, an enthusiastic artist on holiday. When she meets attractive young art student Jules how can she bear to go home? I’ve brought the love of art into the story, along with the sunshine, which may even be a little too hot at midday. The town where Imogen stays is a fictional one but it has an art gallery and a Roman arena, and lies on a river, though I haven’t specifically called it the Rhône. Imogen also enjoys typically southern French food and drink. Her schoolgirl French is good enough for her to make herself understood.

To stay longer in the area, Imogen, rather like a backpacker, needs work and somewhere cheap to stay. Can she find her feet in the unfamiliar culture? She becomes a waitress, while occasionally helping Jules with his work of picture restoration. Her French improves rapidly and she also helps a local girl to improve her English.

When writing the novella the setting was vital. Then I brought in Imogen’s back story, and introduced Jules’ friends and family. Imogen is seeing the culture from the viewpoint of a newcomer, beguiled by what she finds.

What can possibly go wrong for her? I explored how the idyllic scene might change as autumn sets in. It rains, sometimes for whole weeks, though I didn’t invoke the Mistral, a bitter wind which blows down the valley. As the tourist season ends there’s less business in the hotels and restaurants, and Imogen finds herself short of work. Jules encourages her to try to sell her paintings, with only limited success.

Do the young couple love each other enough to face the challenges of staying together? An unsuspected threat to the art gallery is foreshadowed early in the story. Soon Imogen and Jules are helping to fight for the survival of the gallery. Their own future together is linked with the prospects of the town itself.

I’d recommend using an attractive holiday destination as a setting for a novel. You may need to refer to guide books or the Internet to check facts and spelling, including all those tricky accents. The setting should help drive the mood of the main character and the events which befall him or her. I’m looking forward to writing other stories based on inspiration from holidays. What better excuse for an exotic trip!

A Fortnight Is Not Enough is published by Books to Go Now, and can be found on this Amazon universal link: https://bookgoodies.com/a/B079M7BXPC

Rosemary Goodacre has always enjoyed writing, and has had short stories published and a science fiction story in the anthology Telescoping Time. She has always loved languages and travel, mainly in Europe. Her father’s family came from continental Europe and were intriguingly multicultural.
In her spare time Rosemary enjoys country walking, bridge and classical music. She lives in Kent, England.

This entry was posted in Authors and tagged Avignon, Cezanne, Provence, Van Gogh. Bookmark the permalink.

1 Response to In The Footsteps of Romans, Popes and Painters