I have known Claire Stibbe for quite a few years. We met on the authonomy website (now extinct), and have helped each other through several stages of our books. I especially enjoyed her first, Chasing Pharaohs, and Claire gave me valuable encouragement with mine (you can check it out HERE). Now we share the same publisher – Crooked Cat! 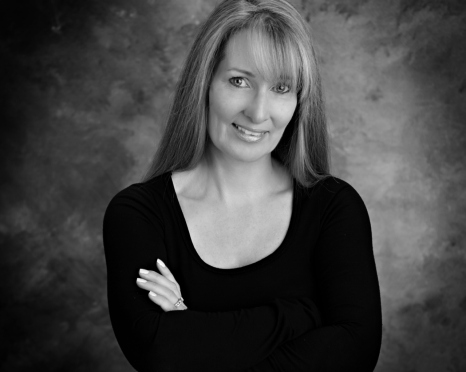 Originally from England, Claire lived in Hong Kong for three years before finding a second home in New Mexico, USA. Her genres include Historical Fiction, Psychological Thriller, Mystery and Suspense. 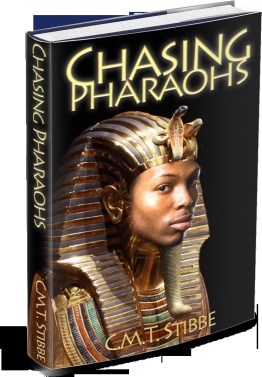 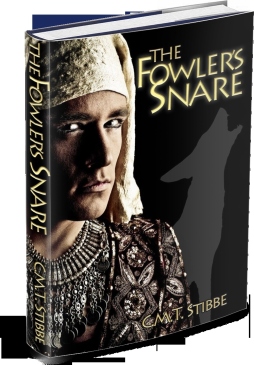 She has written two historical fiction novels, Chasing Pharaohs and The Fowler’s Snare, both set in ancient Egypt during the 18th Dynasty. She has just completed a psychological thriller, The 9th Hour, the first in the Detective Temeke series set in Albuquerque, New Mexico, which will be published by Crooked Cat Publishers on 17th November.

I will let Claire tell her story…

After completing The 9th Hour, finding a publisher was the hardest part. It required many hours of searching for good publishers with a good reputation and ones with open submissions. I was fortunate to have been accepted by Crooked Cat, a publisher based in Scotland. Many of their authors have been shortlisted for prestigious awards, amazing writers who have simply soured up the charts and currently enjoy bestseller status. I would say this is indeed a cattery of quality.

For me, the best part of writing is the process. Researching ideas for the first novel in the Detective Temeke series has been so much fun, especially driving around Albuquerque through all the areas Temeke and his partner, Malin would go. This book takes place in Cimarron State Park where a nine-year-old African American girl has been abducted. Temeke, a detective working for violent crimes against children is called out one early December morning to take over a case nobody wants. Why? Because former lead Detective Jack Reynolds was found dead under the bridge on Exit 230 to San Mateo. He had a gunshot wound to his head. With a new partner, a new case and a new set of wheels, Temeke takes to the roads in search of a man who keeps the body parts of his eight young victims as trophies and has a worrying obsession with the number nine.

With so many state parks here in New Mexico, the hiking trails are numerous and great places to learn about the history of the southwest. Big blue skies, palisade cliffs and all kinds of fauna only add to each scene. With the help of detectives in the local police department, this has been crucial in piecing together a serial killer’s steps.  Winter’s coming . . .

The weather has been particularly stormy recently, slate-grey skies, a sheet of rain one minute and the growl of thunder the next, which has provided the right mood to give me inspiration. I’m loving the characters and the way they lead each chapter to who knows where. And yes, I do normally have a structure, only this time it all went out of the window.

It’s all David Temeke’s fault. His dry wit often goes for the jugular, rubbing the department up the wrong way. Unit Commander Hackett is clearly suspicious of Temeke, an African/British ex-pat, and has reluctantly assigned him a new east coast transfer, Malin Santiago. It’s a high profile case where her Hispanic/Norwegian roots are a valuable asset to the team. Can’t say why. You’ll just have to read the book. Only, Temeke believes that Santiago lacks the necessary experience for such a case which is adding a considerable strain to their professional relationship. Not to mention her physical attraction to him which is about as welcome as a skunk at a lawn party.

So this afternoon as I was sitting in my favorite coffee shop, I was this close to writing Santiago a great scene that would change Temeke’s view of her; maybe give him something to chew over. But being despicable me, I decided to leave it as it is. Unrequited love in the Northwest Area Command is much too much fun to watch. And Malin isn’t all smiles and teeth. There’s a certain metal in her psyche that gets stronger with every book. She might have started out as a pit-dweller, but she’s sure making up for it now. 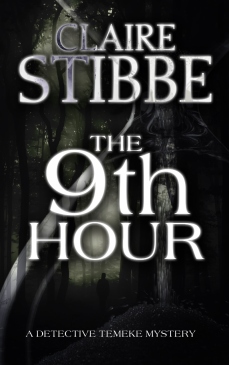 All this and more in The 9th Hour, released November 17, 2015 by Crooked Cat Publishing.

Claire once ran a newspaper for two local business in Albuquerque and has also written short stories for Breakwater Harbor Books, a publisher of anthologies. The collection won Best Anthology of 2014 in the Independent Book Awards hosted by eFestival of Words. She is currently working on the second and third books in the Detective Temeke series in which she explores how even in the darkness of criminal depravity the light of faith is never entirely extinguished.

To find out more about Claire’s books, visit her website at http://www.cmtstibbe.com.

For updates on new books, book signings and regular blog features, why not sign up for her occasional newsletter here

Claire is also a member of the New Mexico Book Co-op and the Southwest Writers Association.