Living Each Day and Enjoying It

The most fascinating people have crossed my path since I started blogging less than a year ago. One of them has faithfully dogged my FaceBook footsteps from the beginning, and I am delighted to introduce George Polley, who has discovered one of the secrets of life.

George, we met on Authonomy, and I have known you for a while. I see that you came from Seattle, and are now living in Japan. Why did you move there, and would you like to tell us something about your former life?

My wife (Aiko) and I moved to Sapporo, Japan after I retired because she is from here. After 29 years in the US, she wanted to come back home. We met in Minneapolis, Minnesota in 1979, married in 1980, and moved to Seattle in 1984 to be near my parents (and closer to Japan).

I’ve had a dual career as writer/author and mental health counselor since the 1960s, when I wrote my first of several never published novels (isn’t that something we all do?), then wrote several short stories and poems. Things took off for me when a short story (“Jonah’s Birth”) was published in The South Dakota Review, followed by “Requiem for Blue” (about an elderly ex-convict) and a story about a beautiful young woman who is spirited away into the sky by hundreds of Monarch butterflies (published in “The Lake Street Review”). Now I write full time (meaning however many hours in a week I devote to writing). I also blog. Hmmm . . . seems I’m rather taken by writing.

The snow photo was taken this past winter in front of our condominium building.

Very enjoyable. Sapporo, the capitol of Hokkaido Prefecture, a city of one and a half million people, has all the conveniences a person needs: excellent public transportation (bus, subway and rail), excellent medical services, is in a broad valley between two mountain ranges, and is 30 minutes by rail to the Japan Sea. The weather reminds me of Seattle and the Pacific Northwest of my country, with a lot more snow in winter (but not as cold as Minnesota). It was, however quite an adjustment for both of us, as Aiko had spent half of her life in the US, and I had to get used to finding my way around without being able to read Japanese. Fortunately, most streets, directions in subway and rail stations are in English and Japanese.

You have published several stories, some short and some long; one of your reviewers state that you like to nudge people towards a kinder and more spiritual approach to the world around us. Would you like to tell us more about your objectives?

My objective in writing is to tell interesting stories about interesting  people. Some of my characters are easy to get to know, some are not. I try to find something in a character that people can connect with. I love humorous people, too, and humorous situations, which are easy to find in “The Old Man and The Monkey” and “Grandfather and the Raven.”

Seven short stories about Sherlock Holmes that include a big orange and white  Scottish Fold cat named MacTavish, published in “Sherlock Holmes in a Flash: New Short Holmes Stories,” published by Abbott ePublishing in 2010. I have a few more of these lurking about in my mind and my notes. MacTavish isn’t about to let me ignore him for too long.

Tell us about your current work in progress, and when did you start writing it.

This makes me smile, Jane. Forty-one years ago I went to Mexico City for a visit and stayed for two months. I fell in love with that great city, so unlike anything in my experience. Returning to Minneapolis, I began writing a novel about it, which I revised, revised again, got nowhere and quit. A year ago, I dug out my notes and began again. This time I used a different approach. Instead of using one character to tell his story of life in Mexico City, I use multiple characters to tell the story of this great city and its people. Some of the characters appear only once, others come back again and again. Together, all of them make up “The City Has Many Faces,” set in the early-mid 1970s, creating a living feel of being there experiencing this most fascinating of cities. Unconventional in its approach? Yes, because Mexico City demanded it.

My beta readers love the novel and its characters, one of whom is a 103 year old elementary school principal. I’m looking for a publication date later this year or early in 2015.

That makes me smile, George. Did you know that I took 40 years to get my book to publication! Would you like to describe for us your journey to publication.

I began by looking for an agent. After several tries, I gave up, and began self-publishing in 1997, with Tortoise and Hare Publications as my trade name. For the next several years I published mental health booklets, a book titled “Living and Working in the 21st Century”, a short story collection, a poetry collection and a book titled “Things I’ve Learned from the Old.”

In 2009, I wrote several stories about a Sapporo grandfather, which was published by Abbott ePublishing. Writing more of them, they developed into “Grandfather and The Raven”, first published by Night Publishing, then by its successor Taylor Street Publishing. When it went under at the end of May, I decided to publish them and “Bear, the story of a boy and his very unusual dog”, using Tortoise and Hare. So, I’m back to self-publishing again.

What are your writing aims for the future?

A book about addiction and recovery, a novel (or novella) about a serial killer named Arla (I’ve written a flash fiction story about her that readers tell me is really scary, so I’ve done something right), and a novel about a Tokyo artist who survived the firebombings on 1945. I’m sure other ideas will emerge from there.

I’ve read snippets of poetry on your blog – how long have you been writing poetry, what inspired you, and have you published any?

I’ve written and published poetry from the mid-1970s. What inspired me? Believe it or not, it was as simple as this, published in my first poetry collection.

Poem in Gratitude to my Typewriter

if your N hadn’t broken off,

I probably never would have

You know damned all I can’t write more

than a page or two without your help,

so what else was I to do?

Now I go around spit ting images from

If your N hadn’t broken off, I’d have

continued writing my book, & all these

with a sack full of four-legged words

pissing on every lamp-post & shrub

& daring to call myself

What can I say, Jane, that really is the way it happened.

You’ve written short stories, poetry, humour, novels and non-fiction. Which comes most easily to you?

All of the above. I’m an eclectic, the kind of person that likes most everything (except for boredom, which is too boring to like).

If there were no barriers, what would you like to do / be / have?

My wife and I would buy a neighboring condo to give us more space; and to be able to travel more than we do, which a limited budget doesn’t permit.

Love the snippet on your blog about the limping man and the rock in his shoe which prevents him from changing direction in his life. Apart from writing and guiding people into peaceful directions, what are your favourite interests?

Music (world music, jazz, classical, popular); reading, spending time with my wife; going to the ocean and gazing out over the sea (I grew up doing that), talking with people; sitting at Starbucks listening to all the chatter while reading and letting my thoughts drift where they wish; justice; talking with friends and family on Skype; living each day and enjoying it. 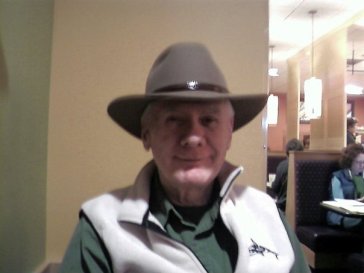