Around and About on Ailsa’s Birthday

This is a great birthday present from Jane. I always like coming to visit on her blog and as tomorrow is my birthday she has let me run mad with my imagination. The Birthday Fairy is going to grant me whatever I want as long as I tell you all about it…well that’s my night of unbridled wossit with Cap’n Jack Sparrow dismissed then! This is a respectable blog site.

What I’d really like is an open ticket to go travelling for the next year. That won’t surprise most of you.

What might surprise you is where I want to go and that is BACK. I don’t just want to travel in space, I’d like to go to the time that I was there too. There is a wonderful word my friend Nettie has used for “homesick for a place that no longer exists” and that I think we have all experienced through the passage of time. For Jane it might be the Africa of her younger days…

My idyllic childhood in Mousehole, Cornwall, would be my first stop, where it seemed to be endless summer and we water-babies scared the be-hoozus out of tourists by leaping off the end of the harbour wall with whoops and yells, only to bob up laughing, climb the steps and do it all again. 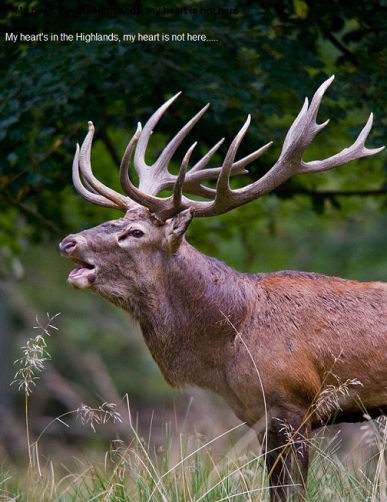 Were I allowed to cheat and time travel outside of my own lifetime I would write a book but I’d obviously have to go back to Scotland, the homeland. Land of my Mothers (we’re a matriarchal bunch, we clans) and wish that when I lived there I wasn’t such a sickly kid. Tramping through the hills that started at the back of my garden and taking in the views as a grown up, but in those pre-thundering traffic days would be a treat.

Australia jumped to mind. I was lucky enough in my twenties to be with Shell Tankers and pay fleeting visits to undreamed-of countries. Tantalising tasters of places to return…like Port Hedland in the North West Territories. A meat packing station at the end of a railway line with the shops and houses that had grown up around it. How it was in the very early 80s. To the extent that as a “stranger in town” I got well known in two days. I want to go back but I don’t want it to have changed. My china mug should still be in the fabric shop and maybe this time I’ll buy both cotton prints…. yards and yards of both of them!

Think of Singapore and you get entirely the wrong picture of my dream. Bukum Island was owned by Shell and housed a refinery, berths, two clubs and a few shops. That was MY Singapore. “John” at the shop knew that if he gave Europeans an ice cold 7-Up as they went in, they’d be honour bound to buy something. He taught me to haggle. I didn’t have any money on me at all, so when I told him, wide-eyed and truthful, that the happy-coat was worth every cent of the 25 dollars he wanted for it, I wasn’t kidding. It was beautiful. We got down to 5 dollars and eventually, in tears, he wrapped it up and gave it to me as a gift because he’d never met anyone who could haggle that well. I couldn’t have done it if I’d had a single dollar in my pocket.

I’d end up the age I am now and in London. Although I’m a country girl and don’t “do” cities, I love London. As a student there for three years I was too broke, young and homesick to appreciate it and Camden Market, my spiritual home, wasn’t what it is now. I’d throw the biggest birthday party there, steam-punk and outlandish dress obligatory and finish off my year-round travel where I’d like to be most in the world. Back where it all started when I was 18.