Nancy Jardine is a most welcome return visitor to my blog. As I have been on my travels again, she suggested that her topic should be one about making journeys, especially as many long journeys were taken in her new book, which I am looking forward to read.

In my latest novel, Book 3 of my Celtic Fervour Series of Historical Romantic Adventures, After Whorl: Donning Double Cloaks, my characters make what would have been considered very long journeys for the era. To keep all straight in my own mind as I wrote the novel I also created maps, maps which though simply made, have been printed along with the novel for reader use and clarification 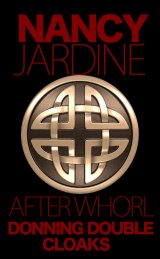 At the beginning of Book 3, my main Celtic character Brennus of Garrigill, who has been living away from his home hillfort of Garrigill for a couple of years, decides the time has come for him to return home to his brothers. At this point in the story, he has only been living at a distance of perhaps 100 miles at the Celtic roundhouse settlement of Witton but, in AD 73, that was a long trek from home. It was an especially dangerous trek since the area was infested with Roman patrols. Closer to Witton he would have encountered more Roman soldiers as Roman forts and fortresses were built in southern and mid Brigantia. Garrigill being closer to the northern border areas of the Brigantes and the Selgovae, meant a smaller Roman presence as the Roman Empire’s soldiers had not yet settled so far north in large numbers in AD 73.

The lighter Roman occupation did not last, though, and as the story of Book 3 progresses through the years to AD 78, more and more Roman forts sprang up in the northern areas and more and more exploratory Roman forces surged further north. In Book 3, After Whorl: Donning Double Cloaks, Brennus continues to spy against Rome (under the guise of Bran of Witton) and becomes the pivot of the spy network when his King of the Brigantes, Venutius, is defeated. He regularly makes journeys around Brigantia and its neighbouring tribal areas but the time comes when he has to venture even further.

When the Roman legions under Agricola, Roman Governor of Britannia and Commander of the armies, march northwards in AD 78 Brennus is mostly one step ahead of the main troops as he seeks the one leader who will rally all the Celts of the north together and lead them into battle against Rome. Brennus finds he treks the length and breadth of present day southern and central Scotland but still does not find the man. He then journeys even further, all the way to the north-east, to present day Aberdeenshire, before he finds the man he seeks. Calgach, a Caledon tribal leader gathers the northern Celts and leads them in battle against Rome at the distinctive range of hills named Beinn Na Ciche (tip/breast of the mither). 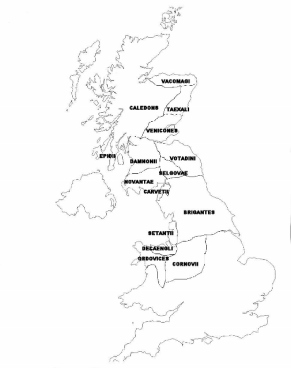 Whilst Brennus is making his own journeys, meeting up in places with his displaced Brigante family members who have also fled from the yoke of Rome, so, too, do my other main characters in Book 3 – Ineda and Gaius – make northwards treks.

In Book 2 After Whorl: Bran Reborn, the reader is introduced to Ineda of Marske, a young Celtic Woman who is a worthy accomplice of Brennus in spying against Rome. It is unfortunate for Ineda when she and the man she calls Bran are set upon by a Roman patrol. Ineda is taken prisoner and becomes the personal slave of a tribune of the XX Legion, Gaius Livanus Valerius.

As Book 3, After Whorl: Donning Double Cloaks, progresses through the years between AD 73 and AD 78 Gaius is given different assignments by his Roman superiors and changes fort locations a few times. Ineda is given no choice and is forced to accompany him and when Gaius becomes charged with supplying the advance forces of Agricola during his northern campaigns, they also trek northwards. Ineda eventually finds herself in the lands of the Taexali, having finally been able to escape from the clutches of Rome. She’s seeking a group of fellow Brigantes that she has heard have already trekked northwards and are gathering with other Celts for battle at Beinn Na Ciche.

Dangerous journeys and dangerous times for all in Book 3 After Whorl: Donning Double Cloaks.

Thank you for giving me the opportunity to describe my journeys today, Jane! It’s always a pleasure coming to visit you from my own base in north-east Scotland.

After Whorl: Donning Double Cloaks is available from:

Nancy Jardine’s novels can be found in paperback and ebook formats from:

Nancy’s writing time is shared with regular grandchild minding duties, tending her large garden, ancestry research and leisure reading. She’s currently writing a family saga based mainly in Scotland, and Book 4 of her Celtic Fervour series. She’s delighted to be able to share that Topaz Eyes (Crooked Cat Publishing) an ancestral-based mystery, is a finalist for THE PEOPLE’S BOOK PRIZE Fiction 2014.

After King Venutius’ defeat, Brennus of Garrigill – known as Bran – maintains a spy network monitoring Roman activity in Brigantia. Relative peace reigns till AD 78 when Roman Governor Agricola marches his legions to the far north. Brennus is always one step ahead of the Roman Army as he seeks the Caledon Celt who will lead all tribes in battle against Rome.

Will the battle against the Romans bring Ineda and Brennus together again?