Ailsa has done it again! After her first popular contribution to my blog, on MAGIC, I have been so looking forward to this one, especially as it relates to BREATH OF AFRICA. And nobody will be disappointed. I will say no more…

I am grateful to Jane for inviting me to contribute this piece as it is a subject which has interested me for a while and served as a good reason to do a lot of research. That said, I had no idea how much research would be needed.

The problem with reporting on traditional African magic is that it is inextricably bound up with the original religions of the various areas. Just as the Romans’ reports on Druidism are unreliable and biased, most of the second hand knowledge we have of African beliefs and traditions come through the medium of Christian missionaries who, understandably, were not going to be well-disposed towards the subject.

There appears to be a thread emerging throughout, however, and that while in other communities the shaman or witch doctor would undertake most of the spiritual duties for his or her village, the African system divided the tasks up into religious, healing and rain-making. I will admit to having a “face-palm” moment when I read that. Well, of course! While we Northern pagans were begging the sun to come back to ensure a good harvest, the people of Sub-Saharan Africa would be more concerned in making sure that the essential rains arrived! Duuh!

Rising 1,000 feet (300 meters) above the ground the hilltop site of Ratho Kroonkop, in South Africa, was used by shamans to perform rainmaking rituals centuries ago.

In common with many other animist (shamanistic) practices world-wide, illness both mental and physical, is attributed to evil spirit possession which must be exorcised by the witch doctor. As so many African countries have now managed to mingle old customs with their conversion to Christianity, it is not difficult to see why modern-day African churches continue the practice long after the Catholic church became embarrassed about using it (although the Vatican still has a Chief Exorcist). My personal view is that this is a form of magic and it is important to understand that the exorcists sincerely believe that their actions are for the eventual good of the “possessed” even though the tortures inflicted on them seem indefensible to Western eyes (and before throwing stones we should all consider the Inquisition and other barbaric institutions). It becomes a minefield, therefore to comment on exorcism, spirit possession and other traditions still practised by Africans and those of African descent.

Having realised that “African Witchcraft” would be a reference book and not an article and would take me several years to write, I decided to concentrate on the magic Jane Bwye cites in her own book “Breath of Africa”, having the great good fortune to chat to my aunt who worked in The Gold Coast for many years. As soon as I mentioned magic she burst out laughing and replied,

“Oh yes, nothing ever happened without the consent of the ju-ju man and the price of him being on your side was at least a bottle of whisky! People were terrified of them and would not go against them at all.”

My own observation is that a witch, shaman’s or ju-ju man’s power rests in the perceived power vested in them by their community. Yes, it is perfectly possible to convince a “victim” that they are going to die because they have been cursed. A visible sign (in this case, the all embracing “black powder” of unknown origins) helps enormously. A symbol drawn outside a person’s house, a dead chicken found hanging from their porch, even a burning cross outside their house…we have all heard of these. If everyone knows that this is the end, you are marked for death, then it will work; just as if the local healer tells you that you will get better and you believe in their efficacy, you will get better. Think of “take up your bed and walk” – a cripple skips off with his sleeping mat under his arm!

Giving up the will to live? Surely not! Oh yes, I think in romantic literature it was known as dying of a broken heart.

I was also fascinated by the fact that Jane shows the inter-relationship between the hexer and the cursed one. Nothing comes for free. Receiving a bottle of whisky or a carton of cigarettes in exchange for a victim’s life doesn’t alter the rules of karma. This is why modern witches have to be convinced of the rightness of the case and even then will think long and hard about what kind of spell to cast. Binding (causing them to be able to do no more wickedness against the client) or mirroring (sending back exactly their own amount of mischief, no more, no less) is in most cases preferable to thunderbolts and lingering death, no matter how much we may want feel like doing that.

In her novel, the originator of the spell is finally caught up in the unjustness of his cause and suffers the penalty, which is right and proper. The message may be “leave karma to the Universe, you get on with your own life” and it is a timely reminder for us all.

Ailsa Abraham is the author of  Shaman’s Drum

It is a novel dealing with pagan magic, which has been nominated for the People’s Choice Book Award. You can vote for it on the page.

Published by Crooked Cat Publishing, it is available there in ebook format. 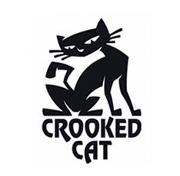 Also available in paperback or e book on Amazon.

This entry was posted in Authors and tagged Africa, Kenya, rain-making, Religion and Spirituality, shamans, South Africa, Witchcraft. Bookmark the permalink.
%d bloggers like this: