A Character In its Own Right

Thank you, Fiona Lindsay, for providing a different slant to my blog series on settings for books this week. I was interested to see that in your books, Kirklochy becomes a character in its own right; that is just what one of my reviewers of Breath of Africa said about Kenya!

I hope everybody enjoys this piece as much as I did… 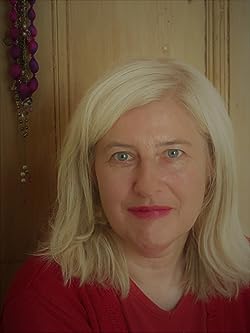 We all love a book which allows us to experience the place where we want to be – which explains why books set in Cornwall during the summer are always so popular; also, glamorous locations such as upstate New York or Monte Carlo – pure escapism.

We also like a book set in a place we’re familiar with: we enjoy descriptions of places we recognise, and become more engrossed when the hero or heroine is walking down a street we know well. I believe this adds an extra layer of pleasure to our reading experience; we can better imagine the scene. A friend spoke of a series of detective stories she loves, not least because they are set in the Black Country, where she grew up. I am from the west of Scotland, and always prick up my ears when I hear about a new book by a Glasgow writer, and look forward to reading about my own haunts.

On the other hand, last summer’s big hit, Eleanor Oliphant is Completely Fine, was set in Glasgow, but there are virtually no references to this, and I wonder if the writer consciously avoided this, either to show Eleanor’s sense of alienation, or to make the setting more universal, as if the story could have taken place in any city. I also once heard a writer speak at the Edinburgh book festival, saying that she had purposely made her characters’ home town anonymous and nameless, with them occasionally making trips to “the city”. She said that readers tended to fill in the blanks for themselves, imagining the action to be taking place in their own home town.

The Irish writer, Cathy Kelly, invented her own village, Red Lion, in Kerry, saying that, since it doesn’t exist, there is no chance of any resident being offended by the goings-on there, while Iain M. Banks, who wrote science fiction, said, in an interview, that he didn’t have to bother doing any research for his books, as it is impossible to visit another planet – so he just had to make it all up. I would think that this is the same for all science fiction or fantasy writers – they must create their own strongly original world, where everything makes sense in its own internal logic. Then there are books which try to envisage what the world will be like in the future, such as my own personal favourite, 1984.

People have often said that, although they have never been to London or New York, they feel they know both cities well, as they have read so many books and seen so many films set there.

Setting a book in a bygone era can also add to the drama and suspense – for example, if a character is gay – in the days when this was a criminal offence, for which he could be sent to prison. Arguably, also, it’s more challenging for the detective of yesteryear to gather information, as he wouldn’t have had the resources of the worldwide web and Google to call on. 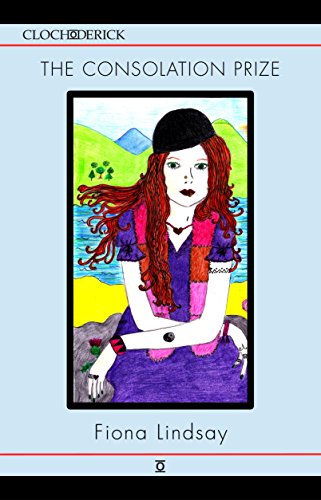 I had my first book published earlier this year, part of a trilogy set in a fictitious village in the Scottish Highlands, some 65 miles north of Inverness. If it existed, it would be in the vicinity of Ullapool. It tells the story of Heather, who, after a broken romance, flees her native London to try to heal in the village where she’d spent all her summers, growing up, with her father’s family. Like Cathy Kelly, I can never be accused of getting my facts about the village wrong, or of basing one of the more unpleasant characters on a real person.

After I’d finished writing Heather’s story, a friend suggested that I begin another book, again with Kirklochy as the setting, and this became Do Not Disturb, which takes place in a hotel in the village. The last book in the trilogy, A New Flame, has the main character leaving the village in disgrace, but later returning to face up to his past. Thus, Kirklochy, in a way, became a character in its own right.

The Scottish Highlands boast beautiful scenery, and there are many descriptions of blue mountains, bright yellow fields of rapeseed, wildflowers, the salty tang of the sea, the changeless rhythm of the waves, the squall of seabirds, the sunset streaking the sky with rose gold, not to mention delicious food – which, hopefully appeal to all the senses, but, also, the village is in direct contrast to London: Heather is no longer in a vast, soulless environment, but part of a small community where everyone knows, and cares about, each other. She stops investing so much in her high powered job and, inspired by the beauty around her, returns to her first love, painting. She no longer aspires to look perfect, wear killer heels, and hang out at the latest hip club, but embraces a simpler way of life. She swaps private health clubs for  swimming in the bay and walking along the beach. She can totally be herself in a place where she feels known and accepted. And she finds true love.

5 Responses to A Character In its Own Right