My Most Favourite Place to Be

It is refreshing to read about a place where I’ve never been, and Angela Wren, whom I’ve just “met” has convinced me more than anyone else that I  must go to France before I get too old and doddery. And I never knew they had bull fighting there. I hope you, too, will be drawn by Angela’s refreshing enthusiasm – and read her debut novel. 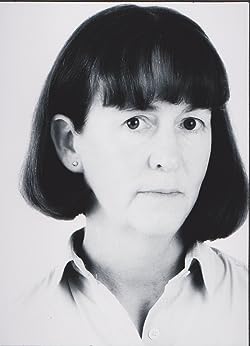 A discussion on facebook the other day got me thinking about my most favourite place to be, which is France, and it’s incredibly varied and very long history.  In no time at all, I was back in Provence and travelling down the RN7 to Orange on the first occasion I had visited that beautiful city.  In my mind’s eye I could see the long, quiet road snaking through the sentinel planes with their vast pale green canopies shading us from the sun.  I wasn’t driving and had no say in where we went or how long we stayed in any location.  On that very first visit I remember being mostly silent, observing, reading anything – from road signs to advertising boards – and everything.  But most of all I remember being amazed by the vastness of what had once been a part of the Roman Empire.

Some years later I returned, this time as an independent traveller who could please herself, and Orange was the first place I went to.  I even retraced my steps and found myself as disappointed as Lawrence Durrell was when he wrote ‘Caesar’s Vast Ghost’.  The RN7 was no longer a single ribbon of tarmac but a dual carriageway and the plane trees had mostly surrendered themselves to industry and commerce.  I had my copy of Durrell’s book with me and used it unashamedly as my tour guide.  And as I strolled into the old part of Orange and towards the Triumphal Arch I was relieved to see that little else had changed.  The RN7 still passes through the centre of the arch but the traffic is now diverted around it.

Having rediscovered the arch I made my way to the roman theatre.  There is a large visitor centre there now and you can hire audio guides.  Of course, once inside, I had to take centre stage and imagine myself in a previous role performing before an audience.  If you must know, it was A Midsummer Night’s Dream and my role as Puck.  Well, at an all-girls school, someone has to take the boy’s roles!

A few days later I was in Arles – another town where ancient and modern seem to thrive in complete harmony.  The roman arena is still used today, unfortunately for something that I find particularly cruel – bull fighting.  But this isn’t always the Spanish version of the sport and the bullfighters are not clad in the sequinned and bejewelled costumes of the corrida.  Neither are the animals the large, muscled Iberian bulls, but the much smaller animals from the Camargue.  These little guys are feisty and fast and their opponents, the razeteurs, are lithe young men clad in white who taunt them and then race for, and jump the barricade to safety.  The Camargue bull lives to fight another day, unlike his Spanish counterparts.

My next port of call was Vaison le Romaine, another old roman town.  It was here, one morning in September 1992, that the river Ouvèze became a raging torrent as a result of a vast thunderstorm overnight.  I remember that storm well.  At three in the morning I was sat in my mountain hideaway in the Cévennes watching the ever-changing colours in the sky as the thunder and lightning roared across the valley.  What I didn’t know, until after I had returned to the UK four days later, was that Vaison suffered the loss of 37 lives, 150 houses and the whole of its industrial estate, but only the parapet of the old roman bridge was damaged.

And it is this amazing history, the varied culture, the vast and ever-changing scenery that makes me write about France and all things French.  It matters not to me whether I’m scribbling odd little anecdotes or travel info on my own blog (www.jamesetmoi.blogspot.com) or creating a whole book such as Messandrierre, my recently published novel.  What is important is that I have seen and experienced many things whilst in France and I’m still learning and I can not think of a better qualification for a scribbler.   And it’s true what they say, you know.  The light in Provence is different. 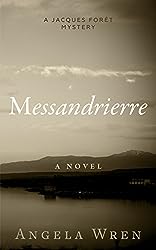 3 Responses to My Most Favourite Place to Be