Writing for the Movies?

I am delighted to welcome seasoned author J.S. Watts, who shares something we’ve all been wondering about. 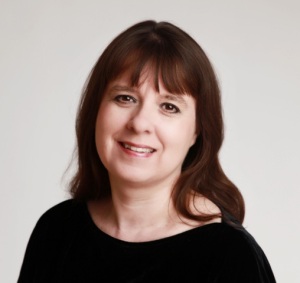 You don’t have to be a scriptwriter to dream of writing for the cinema. Let me explain.

As a writer of both poetry and fiction I am frequently asked which I prefer writing: poetry or prose? (The answer, should you be interested, is both, equally). The follow up question is, almost inevitably, what is the difference between writing poetry and fiction? At which point I rattle on about stylistic and tonal differences, differing writing processes and the fact that, ultimately, the similarities outweigh the differences. I never mention the movies and I should, because, for me, that’s where the biggest difference is between poetry and prose.

When I write poetry I don’t spend my time daydreaming how it might get turned into a film – let’s face it, it ain’t never going to happen. Also, for me, a poem is a self-contained thing. When I write a poem I immerse myself within it: its words, its rhythms, images and narrative – all exist within and for the poem. The external sources and experiences I draw on serve to feed the poem. Basically, the poem is where it’s at.

Writing stories, whether shorts or novels, is different. It’s a more outwardly focused process with characters and story line at the centre of things. I become a teller of tales, conscious of my audience and conscious of other story-telling media – the cinema, for example.

Okay, let’s be honest, I would love to have a film made of one of my novels and there are precedents. Writers have become famous (and wealthy) by having their stories and books turned into a film. Who doesn’t want to see their story up there on the big screen? I know I fantasise about it. Indeed, during the process of writing I often see my story playing out for my inner eye as if it were already a film. I also find myself wondering who might play one or many of my characters if the film got made for real. And I don’t think I’m alone in this.

In my defence, visualising the story cinematically is a valid writing tool. I have to know and visualise my characters in order to describe them convincingly to my readers. If I can hang their physical image on a ready-made, off the peg actor, it fixes their image clearly in my head and makes the early stages of story writing that much easier.

Confession time: for my first novel, a dark fiction tale of myth and psychological shadows entitled “A Darker Moon”, I cast (only in my head, of course) my anti-hero, Abel, as the rather wonderful British actor Clive Owen. Yes, he would have had to wear brown contact lenses to get truly in to character, but otherwise, whenever I thought of Abel I saw Clive Owen. Then my delusions got the better of me and I dreamt of a big budget American blockbuster version. This involved transferring the story from England to the US (a small loss) and replacing Clive (as amazing as he would have been) with the tabula rasa non-pareil, Keanu Reeves. Moreover Keanu would not have had to wear contacts – his eyes are naturally the right colour for Abel.

Interestingly enough, I never mentally cast any of the other characters in the novel, but then Abel is the lynch pin of the book, so I guess I thought job done.

When it came to writing my second novel, “Witchlight”, a story of modern day witchcraft and magic, I went a step further and mentally cast at least four of my characters with major league British and American actors.

My main character, Holly, a diminutive but forceful woman, was played by either Holly Hunter (right name, right looks, right personality) or Anna Belnap (CSI New York – in case you were wondering). Clive Owen (I do like Clive Owen, you may have noticed) was recast as her love interest, Jake Wortham and Ninanna, a close relative of Holly’s, was played by a youthful Tippi Hedren or Nicole Kidman. For a long while I was uncertain whom the significant character Partridge Mayflower would be played by and realised, only after he had sadly left us, that he was really an early mid-life Robin Williams.

Fortunately, the benefit of casting your novels in your head, rather than for real, means that you can call on any actor, whether living or dead, at any stage of their career. It’s all pure fantasy after all. Except, well, if either Keanu or Clive was available and looking for a project to both fund and star in, I’d love to see “A Darker Moon” up there on the big screen. What do you say, guys?

J.S.Watts is a British writer who lives and writes in the flatlands of East Anglia. Her poetry, short stories and reviews appear in a diversity of publications in Britain, Canada, Australia and the States. Her debut poetry collection, “Cats and Other Myths” and subsequent multi-award nominated poetry pamphlet, “Songs of Steelyard Sue” are published by Lapwing Publications. Her dark fiction novel, “A Darker Moon” is published in the UK and the US by Vagabondage Press. Her second novel, “Witchlight” is due out from Vagabondage in Spring 2015. You can find her on Facebook at http://www.facebook.com/J.S.Watts.page or on her website http://www.jswatts.co.uk

3 Responses to Writing for the Movies?