Some random thoughts on the vagaries of editing by fellow Crooked Cat author, Pamela Kelt.

My High School geography teacher once said: ‘As I get older, I’ve discovered that I know less and less about more and more.’

This describes my relationship with editing to a T. I should be an expert. You should see my CV. Proof-reader, copywriter, formatter,  translator, editor, sub-editor.

I’m always happier editing other people’s writing. It probably stems from a traumatic childhood incident. I wrote a descriptive piece about a winter scene and ‘snow-caped’ mountains. The teacher thought I’d spelt the word wrongly and had the nerve to correct it to ‘snow-capped’ and deducted a mark. If she’d bothered to ask, I would have told her that I meant ‘caped’, which described the circular snow pattern rather better, I thought. I’ve never recovered from the slight, it seems. 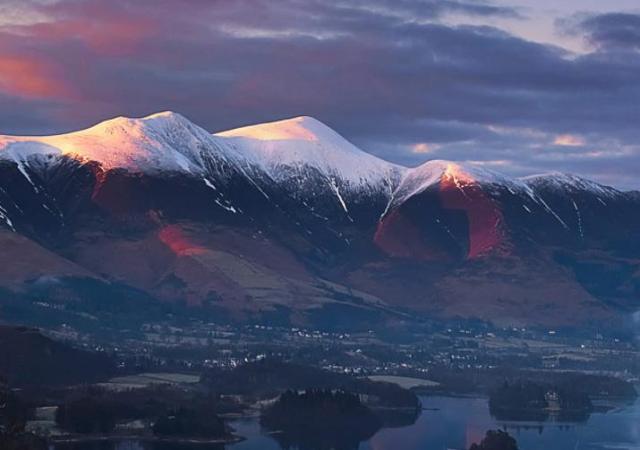 So, I became an editor – and got paid for it. I’ve done it all, from checking a doctoral thesis on inorganic computational chemistry to marking up a civil engineering brochure about dams – in Portuguese.Set me in front of my own manuscript, and it’s different story. All writers know this, but we still have to do it.

These past 12 months, I’ve edited six books of my own, plus my father’s, and it’s been quite a challenge. Here are some things I’ve learned the hard way.

I started out by swearing I’d never ‘Track Changes’ EVER AGAIN. I’ve mellowed. It’s now a necessary evil. (Happily, my version is from an antique version of Word, so I can switch off most of the lurid features, but don’t tell anyone.) In truth, my hatred sprang from the corporate world where I used to work. Tetchy go-getters would use Track Changes as a personal forum to air their views. Now, as long as there’s just one person using the manuscript at a time, it works. 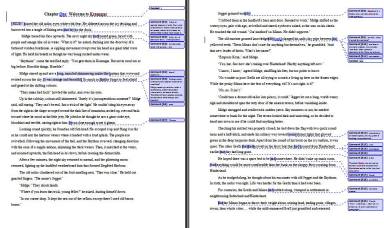 Track Changes – they’re never as bad as you think

Editors are actually nice. No, really. They are. I’ve been treated with such courtesy that I’ve been quite humbled. I can say that I’ve happily exchanged quips and in-jokes in the ‘comments’ with gay abandon. I even have a standing invitation to a vineyard in Oregon from one editor to meet his wife and family. Match that.

Agree on a dictionary. Three of my books have been edited by a Canadian publisher – great news for me, because Canadian spelling and word use is so close to UK English that I can avoid such abominations as ‘color’, ‘equalize’, ‘envision’ and ‘normalcy’. My favourite is the online Collins (and thesaurus), for many reasons. It’s modern, it has a US variant, audio pronunciation and some lovely examples of word usage which are often quite hysterical. For fun, I looked up ‘proofreader’. ‘No expense has been spared on the production of this volume either, except, sadly, that of a final proofreader.’ Times, Sunday Times (2002) 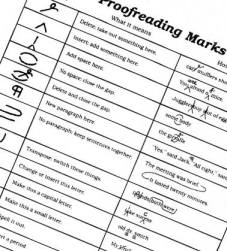 Never be afraid to go back to basics. I’ve had to relearn some basic sentence structure. As an ex-journalist, I’ve had subtle constructions drummed out of me. So, it’s back to some online grammar sites to tackle some of my personal weaknesses, such as commas in a sentence with two independent clauses. I was always bit vague about those, but now I know what to do. (See?)

Get in control of your Spellchecker and dictionary. You must own it, not the other way round. And don’t believe everything it tells you. Funny story. One of my husband’s colleagues was supervising a particularly obnoxious doctoral student. Her spelling was atrocious. Instead of correcting the mistakes, she added them all the dictionary so she didn’t have to emend anything. She was obliged to resubmit, so justice was had. Oh, how we chortled.

Always assume there is a howling error in the first paragraph and possibly several in the first three chapters you submit. Don’t be proud. Get someone else to read it.

It pays to be humble. If you accede to a small point, you have the moral high ground to push a key issue later on.

A small lay-out tip. If you’re checking covers, blurbs etc, look at it upside-down. You’ll be surprised what you can pick up.

So far, so good. However, none of the above applied to my latest challenge. A year ago, I received a giant box of my late father’s manuscripts, hand-typed on a typewriter from hell. The first was an original Cold War thriller, which I thought was terrific. 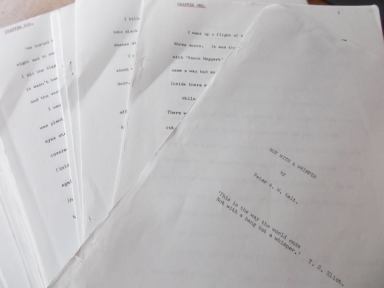 My Late Father’s book, Not With a Whimper, out on Crooked Cat Publishing in June

With help from tech-savvy husband Rob, we bought a printer with OCR. This sounds like a disease, but of course, it’s ‘optical character recognition’.

We experimented, with horrendous results. As the machine scanned a type-written page, it misinterpreted the line breaks and inserted the next line in a separate column. Hmm. After much fiddling about, we ended up using rtf, rich text format. Each chapter emerged as one continuous series of lines, each with a carriage return at the end. Once I deleted these, I ended up with a continuous block of text which I then had to break into sentences and paragraphs. Gulp. It took a while, but it was a cracking story, with edgy characters and razor-like dialogue. I took a chapter at a time, and read it as I went.

The next step was turning it into English, word by word, sometimes syllable by syllable. The character recognition was rather hazy, to say the least. Here’s a small example. What does ‘IVlartini breabh’ mean? In fact, it’s ‘Martini-breath’. The scanner failed to recognise the ‘M’ and attempted a facsimile using capital I, V and the letter l.

I won’t even begin to bore you with what it did to punctuation. Added to all this, my father’s old typewriter had a dodgy upper case W. Imagine how often that came up? (In case you’re interested, a tightly-written 60,000 words of manuscript took me two weeks of solid work.)

And before you ask, I did attempt to retype from scratch. Anyone who’s seen my typing will be sighing and shaking their head right now. Fast but inaccurate. That’s me. After two pages, I gave up.

So, when it comes to editing, let’s say I get a lot of practice.

My final thought? Nobody’s perfect. Editing is a skill. Good editing is an art. Take all the help you can get.

PS I hope you’ll forgive any mistooks in this piece. As mentioned, my ypting can be, um, erratic.